Sound carpet is such a word. On KYMAT’s new LP “Sonic Bloom” it is rolled out by Meyer and his gang through the „Church of Unreason“. The selection of instruments is eclectic in order to create a total floral work of art. A juvenile shower in the Garden of Eden – or the Curonian Spit.  Whoever has jungle association is not wrong. Meyer uses recordings from an ayahuasca ceremony and combines them with synthetics of the old school. The long-held tones like to have something hypnotic about them, which is softened by amusing breaks, even partly cancelled. Well, humour is rather rare in the context of meditative soundtrips.

Aimless, a meandering through the deep relaxation. Those who are honest admit that they don’t know where the journey is going. The fans of Sven Meyer are united by the belief that things will be good. Meyer himself has been on the road for years on behalf of various relaxation techniques. “Back to nature” is the repeated slogan. For KYMAT “Sonic Bloom”, Dr. Meyer taps into his indoor plants via a device called “MIDI Sprout”. The machine translates their electromagnetic fields into audible frequencies. That doesn’t have to sound good. But reverbs and delays make the most out of it, in collabo with Mini Moog, Jupiter 4 and other old friends. You want to rest, maybe forever.

One should not, however, imagine a placatory lalahere, uplifting perhaps, but not shallow. The whole thing sounds too experimental, even jazzy. The man on the tiller constantly lets glass beads slide through his fingers. It may be up to the listener to even find the album stirring. Maybe it should be a good trip too, you want to come out as someone else than you went in. This is also due to the cooperation of “Carsten Erobique Meyer” and “Das Bo”. Monsieur “Erobique” contributes Fender Rhodes and an enchanted organ, “Das Bo” atmospheric speech interludes with informational content. All in all, it creates clouds of sound that carry the inclined listener into meditative spheres.

But there is even more: through cynematic water sound images, the music even becomes visible in a second step. Cymatics? A technical term for the visualization of sounds. Through the use of video technology, vibrations in liquids are represented. In his first KYMAT album called „GOOD VIBRATIONS“, Meyer was the first artist in the world to materialize this. The structure is simple: a bottle lid filled with water is filled with music, the emerging waves are filmed and projected. These self-similar structures can be found everywhere in nature. 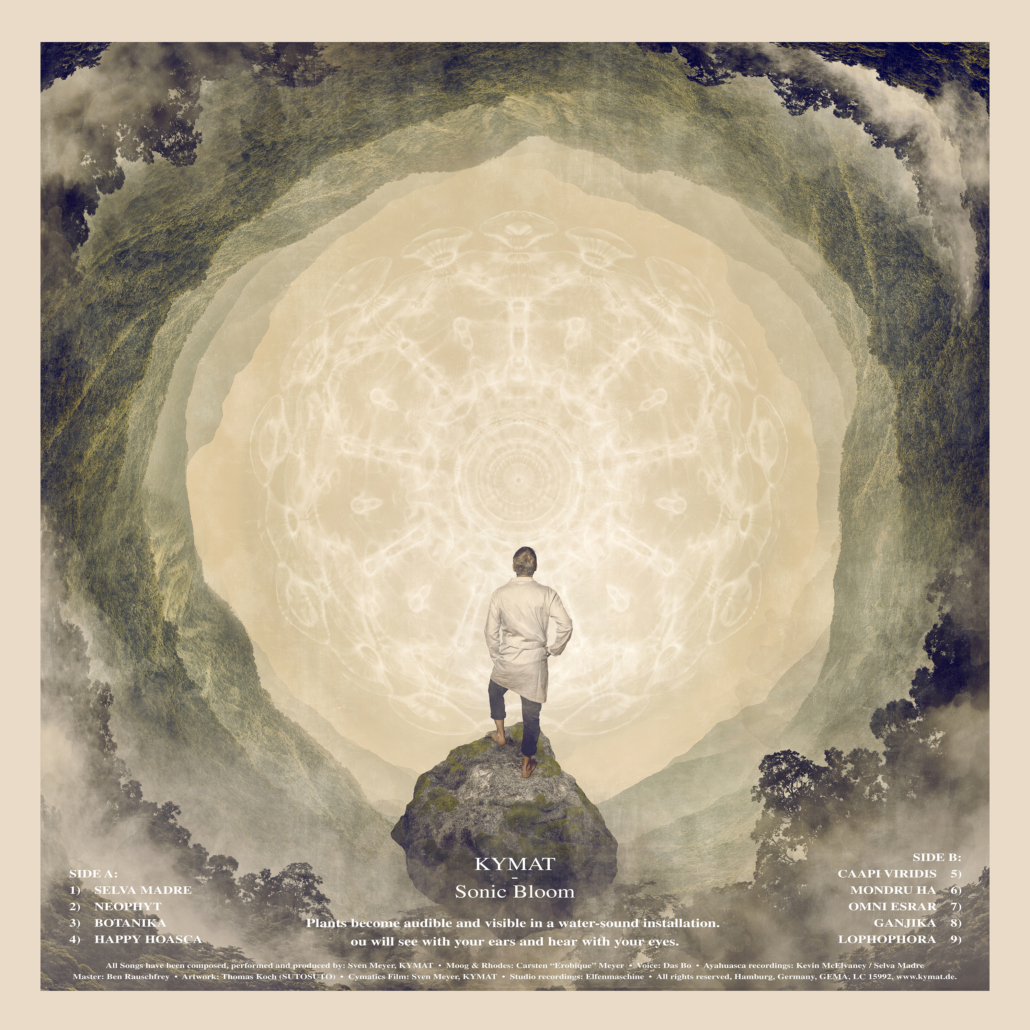 KYMAT combines the science of  Kymatics with a special KYMAT SOUND which makes use of different schools of sound therapy, playing with these.

The basic principle of Kymatics is this: All humans, animals and plants are connected with the elements and are thus interwoven.

First there was sound, the “big bang” which formed materials of all kinds and shapes following the geometric laws and those of nature.

KYMAT is like a laboratory that dedicates its activities to the research of water-sound images. The fascination that such an installation evokes can be explained by its capability to make sound visible in an aesthetically striking way, thus turning it into a sensual phenomenon. It permanently produces the most spectacular, ever-changing images. In addition, KYMAT is an open type of installation that allows for spectators to interact to the images in a versatile, playful and creative way.

Water that is kept in small bowls serves as a flexible, three-dimensional sculpture that translates sound into images. By means of using loud-speakers and a clever lighting system, impressive wave patterns are created in the bowls. According to the sound frequency and the respective set-up individual, partly fix, partly “living” structures turn up on the surface of the water. These can be photographed at the Kymatik Laboratory, then turned into film material.

Those water sound pictures can be regarded as a process that shows chaos and structure in turns, the way you see it in nature all the time: in fields of valence created by electrons or atoms, all the way to complex turbulences that are the source of weather patterns. Those well-structured, still patterns and shapes can be  found in the realm of blossoms, plants and animals. The shapes and patterns follow the principle of the „golden ratio“. The sound pattern of the octave precisely follows this law of nature.

Thus we can find identical patterns of vibration in sound, the planets of our solar system, the time of the day, our organs or in colours. When confronted with KYMAT, the spectator is turned into the creator of „the flower of life“.

Pictures elope from the depth oft the water. Geometrical shapes that remind me of ice crystals and mandalas. I listen to the sound that goes with these pictures, and I understand : Those relaxted sounds are the reason why these pictures come to life.

They dissolve and form new shapes as soon as the frequency changes.

The sound takes on different, new forms, each of them being more beautiful than the other. Water, picture and sound come together and bring about something that is new, unique: KYMAT. 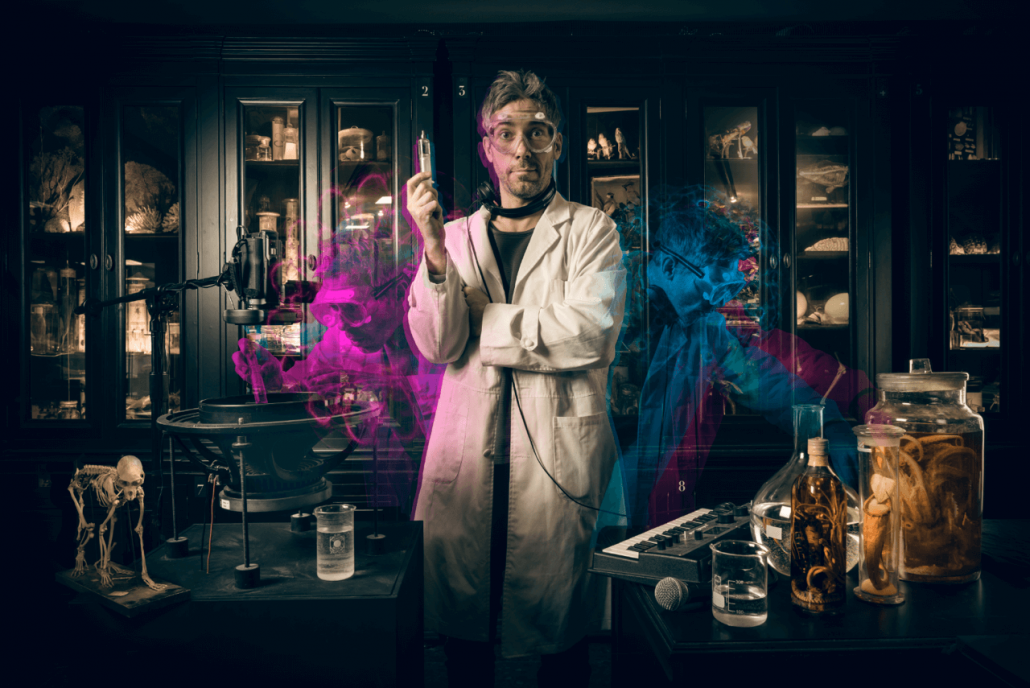